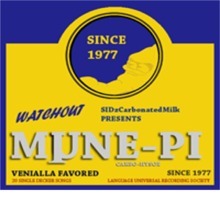 Writer/producers SIDney Howard and Jack Marchbanks expound on Mune-pi Parables and why this work isn’t a “Pi in the sky” endeavor.

More on the Motivation Behind the Mune-Pi Parables

SID:  In modern day society, we see secular intellectuals (some/many pseudo-such) serving Mammon and re-casting “morality” to fit their own purposes. Christians are portrayed as stupid superstitious hicks, dangerous bigoted extremists or sheep-like minorities being herded by megalomaniacal preachers into conservatism and intolerance.

Jack:  However, we maintain that there IS such a being as a “Christian intellectual” here at the beginning of the 21st century’s second decade. We know they are out there. We are reaching out to them with this thematic collection of songs and commentaries. The album is entitled the Mune-Pi Parables. “Mune-Pi” is a play on words, but it is also an acronym that sums up our mission statement.

For more information or to hear music from it, log on to www.mune-pi.com.

Of course, he didn’t accomplish this ambitious work by himself. SID gathered other Believers to join the “cast of witnesses” who ably assisted his band, SIDzCarbonated Milk: a multi-talented, multi-genre loving- – -but most importantly of all- – -faith-filled aggregation of musicians.